Newsec Property Report Autumn 2009: Close to the bottom on the Nordic property market

The bottom of the Nordic property market is just starting to appear. Prices in Norway and Denmark have begun to stabilise, although the bottom has not yet been reached in Sweden, Finland and the Baltic countries. The rental market throughout the region has weakened significantly in the past year, but the trend varies to some extent between the countries, with Helsinki and Copenhagen generally showing smaller rent reductions than the other capital cities.

This is the view of the Autumn 2009 Newsec Property Report, published by the Northern European property advisor Newsec.

There is currently a break in the downward trend, with prices in Oslo and Copenhagen beginning to stabilise. One reason for the stabilisation in Norway is the country's faster economic recovery due to its raw-material-based economy with substantial oil and gas exports. In addition, the country experienced the credit crunch earlier than the rest of the region, which led to a faster decline in property prices. The low interest rate in combination with a slightly better functioning credit market is now counterbalancing rising vacancies and expectation of lower rent revenues when lease contracts are renegotiated. In Copenhagen the stable trend in rents for good-quality properties in good locations means that prices are not expected to sink much further.

"We are now seeing signs that the bottom of the market is approaching, since a number of players are starting to come in and buy. Indications from the property markets in London and Paris reinforce this, since foreign investors have returned, transaction volumes have started to increase and prices are beginning to show signs of stabilising," says Marie Bucht, Head of Advice at Newsec.

Prices still falling in Stockholm and HelsinkiIn Sweden and Finland, falling rent levels mean that prices are continuing downwards in spite of the low interest rates, although at a slower pace than before. In the Baltic countries prices have fallen dramatically in the past year as a result of the far-reaching recession, the risk of devaluation and a consequent reduced acceptance of risk among investors. However, prices are expected to stabilise in coming years, although this is more to do with generally lower interest rates than an upturn in the market.

"In the current situation, property-market price levels are attractive in both the Nordic and Baltic regions," says Marie Bucht. "Gradual improvements on the credit market combined with the business opportunities that now exist mean that the downward trend in transaction volumes could soon be halted - especially for good-quality properties in good locations. In market situations like this, too, no investor wants to be the last to re-enter the market, which suggests that the trend may move upwards rapidly once the transaction market really turns."Rental markets weakening throughout the regionThe rental markets have weakened in all countries in the region, but the trend varies to some extent between the cities. Up to now the central areas of Stockholm and Oslo have experienced the largest rent reductions, while less central locations have managed better. Rents in Helsinki are still falling in line with falling employment, while Copenhagen has a relatively stable rental market, with rents expected to decrease only marginally in 2009.In Oslo rents are expected to stabilise towards the end of 2009, while in Stockholm it is thought that the largest fall in rents has already occurred, although further small declines are expected in 2009-2010.

Reduced activity by foreign investorsIn the first half of 2009 transaction volume on the Nordic and Baltic property markets totalled EUR 2.7 billion, which is a record low and represents a reduction of just under 80 per cent compared with the same period in 2008. Transaction volumes in Sweden and Denmark fell the most, by around 80 per cent, while the volumes in Finland and Norway fell by 75 per cent and 60 per cent respectively. In addition foreign investors have reduced their activity in the region.

The declining number of property transactions during the first half of 2009 is mainly due to difficulties in obtaining loans for property investments, combined with reduced activity from foreign investors. The present low interest rates and the fact that up to now banks have not forced through sales provided that borrowers have been able to pay their interest, have also contributed to holding down liquidity on the property market.For further information please contact:Marie Bucht, Managing Director, Newsec AdviceTel: +46 8 454 40 80, +46 708 44 30 70 marie.bucht@newsec.seNewsecis The Full Service Property House in Northern Europe with 20 offices in 8 countries. Newsec offers services to property investors as well as corporate clients who lease or own premises for their own use. The company has over 700 professionals and has recently been advisors in transaction deals with a value of over 9 billion euro. Annually we valuate properties for more than 65 billion euro and we manage over 1000 properties with a total value of 10 billion euro. In addition to that we have an international network of about 6000 consultants all over the world. This makes us the only Full Service Property House and gives us a unique capability to predict the future. 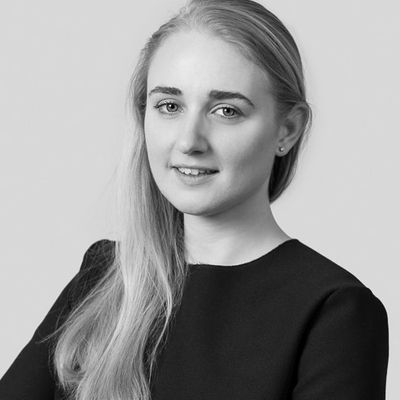